Life in the Craig household continues as normal even though I miss the opportunity to go out for a picnic or have friends over for a meal. Chatting by video just isn’t quite the same as being with each other. We walk, read and play games, and listen to podcasts. I can tolerate this isolation but refuse to consider living in a world where isolating the over 70 year olds might become the norm; that is not a life it is a jail term!

Perhaps Covid-19 is good preparation either for retirement or for learning how to live with one’s chosen partner. Andy and I have been without full time work now for a few years so we have finally adjusted to a lifestyle where we don’t tread on each other’s toes or run out of conversation. We have started playing games after dinner, including scrabble and backgammon, and my 93 year old father is secretly hoping that we will start playing bridge together.

Colin the Cat has taken to hiding from us under the bedcovers, scunging up the sheets but at least he doesn’t have to tolerate his humans being at home so much. He appears at dinner time when he supplements his dinner with moth entrée as we have been inundated with moths, large and small, ugly and questionably beautiful.

Andy said he grew up calling these moths Widow’s moths because of the sharp v that their wings form when closed, but I think they are called Swift’s moths and there seem to be many variations. They divebomb our salads, splash down in our wine and singe their wings on the candles!   Even the local newspaper is reporting these irritating invaders. I have to cover my glass of water on the bedside table otherwise I get a mouthful of moth in the middle of the night.

No-one really knows why they have arrived although it may have something to do with the long period of drought then rain.  ‘Blame it on climate change’ – seems to have disappeared from the newspapers lately. I think originally there were too many larvae hatching into caterpillars which devoured my rocket, then they hatched into heaps of moths and there were insufficient parasitoid wasps to eat the moth larvae but there are a lot of bean bugs destroying the snake bean harvest. The grandsons and I have been chanting: Four green caterpillars sitting on a plate, out came the secateurs and then there were eight!’

I am torn between loving my other invader, the Swallow Tail butterfly and tolerating the caterpillars.  It was fun watching a male butterfly dance and flutter its wings, casting its pheromone love dust towards the female who had perched on a particularly vicious thorny rose stem.

I watched her perch gently between the thorns and wondered about the many times marriage is expressed as being a bed of roses with the occasional thorn (or nail as Bon Jovi sings) thrown in. Roses were on my brain as I had just listened to a podcast about the poem Le Roman de la Rose where a knight breaches the castle of jealousy and finds the rose.

So my garden has been an utter disaster this year other than the lime tree which as usual is producing far too many fruit for us to consume. I have been pruning it vigorously, even though it isn’t that time of the year to do so and after making two batches of lime marmalade, salted limes and limeade, I gathered the crop into small parcels and walked up and down my street handing them out to the neighbours. I even put a large collection at the front gate and asked passers by to help themselves which has removed some but only some of the surplus.

It is a sad situation when a small group of individuals are so threatened by ideas they disagree with that they feel vindicated in ransacking a bookshop. https://www.theguardian.com/uk-news/2018/aug/05/far-right-protesters-ransack-socialist-bookshop-bookmarks-in-london 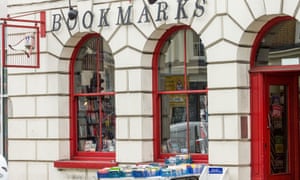 1933 the German Students Union participated in burning books deemed to be ‘unGerman’. Strange new ideas are like bullets peppering your self-righteous beliefs. You see this attitude creeping onto our campuses where ideas deemed antagonistic to current virtue signalling concepts are vigorously opposed.

It could be of course, that the intruders limit their reading to social media and therefore cannot articulate their ideas in any way but through force. It is easier to break a door than support an opinion through rhetoric and debate. No-one is forcing them to buy or read these books but where is their respect for the right of someone to have a differing point of view.

I love bookshops even more than food markets which is saying a lot for me. I cannot walk past a book shop without browsing the display in a window, or better still picking up and perusing from a pile of books lying in a box outside as one of our local second-hand bookshops does.

The temptation is not worth resisting and so I enter sure in the knowledge that I will find at least one book that I have been wanting to read or one that will make me desire it. Even before I read the titles, the smell of the paper gives me a buzz of excitement and the thought of what the pages can show me is so addictive that I can spend a couple of hours drifting along the shelves, pulling books in and out, calculating how many I can justify to myself that I will read in the near future. Yes, that does mean I have a pile of books on my to read/unread shelf but who cares because they are a promise of a future pleasure.

I get excited just looking at the piles of books that clutter the corridor of a bookshop, the books that other people have pushed in on top of the ordered shelves and those left in the wrong place. There is even the joy of finding comments written on the pages and occasionally a letter or photo used as a bookmark. My husband uses his old boarding passes so one day when he goes to the great bookshop in the sky, someone will travel the world on his books. We have a book of poetry where the owner has written her comments beside her favourite poems. It is a joy to read the thoughts of a woman clearly well read and insightful. I wish I could sit down with her over a glass of wine and talk about the world.

Now I am enjoying the vicarious pleasure of introducing a grandchild to this rewarding hobby. I watch as his finger runs down the spines of the pile of second-hand Treehouse Series books, trying to remember which ones he already has. He is only 7 years old, but for the next two hours he sits, buried in the pages, bubbles of laughter erupting at the crazy ideas he is discovering on the pages, curling up in exquisite delight at the ridiculousness and taking pleasure in reading the story to me. This child will never be bored, never lonely and never threatened by ideas. This is an adventure for life.

I feel sorry for those vandals. They must have had a very boring and restrictive childhood.